Do they fly to you to stay?

Seagulls, pigeons, pigeons, the fixed presence of birds should be taken as seriously as a cockroach or rodent infestation.

We fly to you to get rid of them!

Anthirat Control employs innovative, eco-friendly, ready-to-use systems to remove any bird from any structure without harming it.
Our environmentally friendly removal systems can be installed both inside and outside of structures and exposed to all weather conditions.
Request a free estimate by contacting us and sending us photos of your problem. 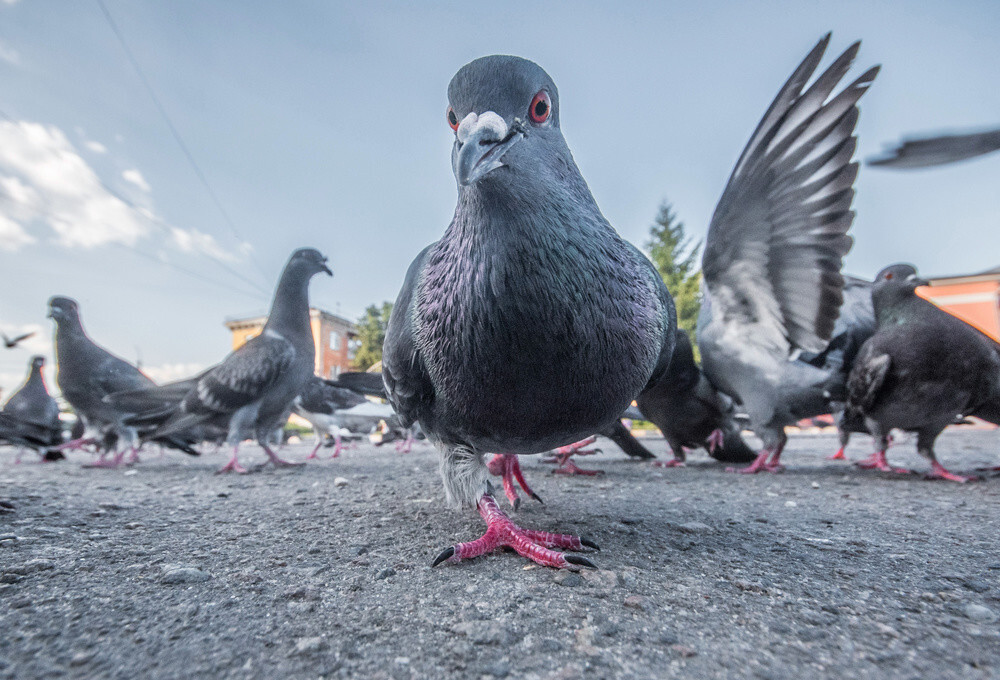 What do you risk if you don't take action, quickly?

Birds, can pose a serious health threat due to their close proximity to humans.
Many birds have completely adapted to our way of life, thriving in settings such as businesses, monuments, city centers, parks and apartment buildings by nesting on our structures and learning to feed on our food.
Preventing them from living in close contact with us or the structures we inhabit is an important step in defending hygiene and health.

A bird infestation can lead to:

If you notice that the activity of the birds is becoming more and more frenetic and explicit or if they often enter your structure, they are surely looking for an ideal nesting spot in the surroundings.
Anthirat Control, to prevent invasion by birds, offers a discreet, professional and ecological service, as required by the BRC standard.

The innovations adopted by Anthirat:

Birds, can be a serious problem. However, they play a considerable role in the balance of the animal ecosystem, many species are protected and harming them could result in sanctions or, in some cases, arrest.

This aspect has been taken into account by us at Anthirat Control from the moment we acquired the competence to deal with the removal of birds.

From the beginning we have discarded all solutions that involve the use of harmful chemicals and have preferred to carry out a 100% ecological and 100% safe removal of birds for both animals and humans.

The Bird Free, is a revolutionary deterrent that contains a mix of natural oils for food use that are repugnant to the sense of smell and taste of birds. Its effectiveness is reinforced by its color which, to their eyes, looks like a blazing fire.

In reality, it is nothing more than a small disc with gel inside that can be glued to any material without fearing extreme temperatures from -40 to +70 degrees, rain, snow, wind.

Bird Free can be applied both inside and outside of structures, but to do it perfectly, it is always advisable to contact one of our expert operators.

The operator, in fact, will carry out an inspection even at great heights, will identify the strategic points where Bird Free can be placed and will thoroughly clean the area chosen for the application.

This is the only way to exploit the full potential and long life of this innovative method of bird control.

In this short video, you can see the big difference between the before and after application of Bird Free on a chimney:

In this document, you will find photos and reviews of many customers who have decided to adopt Bird Free, the great innovation for bird removal adopted by Anthirat Control:

Here are three of the most common species that fly over our heads every day: 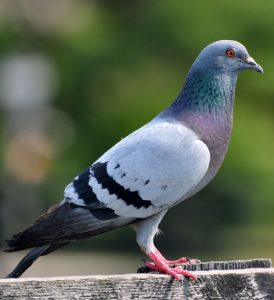 The pigeon, or western pigeon, is a very common species, especially in urban areas and near human settlements, where it can easily find food.

This bird measures about 30-35 cm with a wingspan of 62-68 cm.
The white back under the wings and the two black lines running on the gray of the wings, distinguish it from other species.
The tail is edged in white. The head and neck are dark blue gray in the adult with emerald highlights. The eyes are orange and may be surrounded by grayish-white rings. The legs are reddish.

The lifespan of a common pigeon ranges from 3 to 5 years in the wild, but can reach up to 15 years for domesticated breeds. It is hardy and fast in flight.
Females lay eggs and hatch them with the assistance of the male for about 21 days. One month after birth, the young are already able to fly and are able to reproduce after only 6 months.

Pigeons are intelligent and opportunistic. They remember symbols, shapes and sounds for a long time, which is why they have been widely used as “messengers”. They prefer to feed on seeds but do not disdain any waste product of human food. 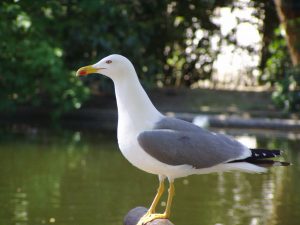 Both males and females have wings of mixed white, gray and black color, in young also brown.

They live in colonies, nesting along the coasts, in wetlands or inland waters. They do not disdain shelters offered by the urban contexts that arise near the coast or along lakes and streams.

They are not afraid of humans; on the contrary, if you get too close to their nests or if they are particularly hungry, they attack very easily.

Their droppings, also called “guano”, are very copious and rich in nitrates.
If they are not removed or diluted, they ruin hard surfaces, paints and glass and can easily contaminate water, food and clean air. 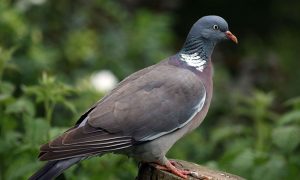 The common wood pigeon, also called pigeon or woodlark is a bird of the same family as pigeons. It is widely spread in Europe in forests in gardens, green areas and city parks.

It measures from 40 to 42 cm, its wingspan ranges from 75 to 80 cm and can weigh from 460 to 570 grams.
Males and females are very similar: the head and back are bluish, the tail and wing tips, dark. The chest is a lighter pinkish-gray color than the rest. A typical feature are the white spots on the neck. When the wings are spread, white transverse bands can be seen, which are the main sign of recognition.

The wood pigeon has a rapid, direct flight style and can easily change speed and direction.
It moves in numerous flocks in search of food.

Their diet is based on seeds, berries, roots, small invertebrates, fruits of beech trees and acorns from oak trees. Pigeons are opportunistic and can feed on feed or scraps of our food.

The nest is composed of straw and branches and is built mostly among the high branches of trees. They lay a maximum of 2 eggs once or twice a year.
The young pierce the shell after 17 days and leave the nest after about 3 to 5 weeks.

The flocks of wood pigeons, sometimes, fall on crops of cereals, legumes or other, causing great damage. When they settle in urban centers, with their legs, beaks and droppings, they ruin gutters, drains, balconies, monuments, parked vehicles and building facades.

However, their meat is highly appreciated and widely consumed and in many geographical areas they are raised in controlled farms for culinary purposes.

Do you have an emergency?

Tell us which one, an expert will call you back in a few hours!

You can find out more about which cookies we are using or switch them off in settings.

This website uses cookies so that we can provide you with the best user experience possible. Cookie information is stored in your browser and performs functions such as recognising you when you return to our website and helping our team to understand which sections of the website you find most interesting and useful.

Strictly Necessary Cookie should be enabled at all times so that we can save your preferences for cookie settings.

If you disable this cookie, we will not be able to save your preferences. This means that every time you visit this website you will need to enable or disable cookies again.